Members of BLACK SABBATH, KISS, MEGADETH and KING DIAMOND are among the rock musicians who reacted on social media to the passing of RUSH‘s Neil Peart.

The iconic drummer passed away on Tuesday (January 7) in Santa Monica, California after having been diagnosed with brain cancer.

A statement posted on the band’s official Twitter page said:

“It is with broken hearts and the deepest sadness that we must share the terrible news that on Tuesday our friend, soul brother and bandmate of over 45 years, Neil, has lost his incredibly brave three and a half year battle with brain cancer…”

The statement went on to ask for privacy for Peart‘s family “from friends, fans, and media alike” and requested that mourners make a donation in Peart‘s name to a cancer research group or charity of their choice.”

RUSH had been completely inactive since completing its “R40 Live” tour four years ago. Peart previously said that playing concerts at his age caused too much painful wear and tear on his body and he’d rather call it quits before the performances start declining in quality.

Absolutely Horrible News. Neal Peart has died after fighting brain cancer for years. His later life was filled with so much family tragedy. So, so sad. I’m just shocked. 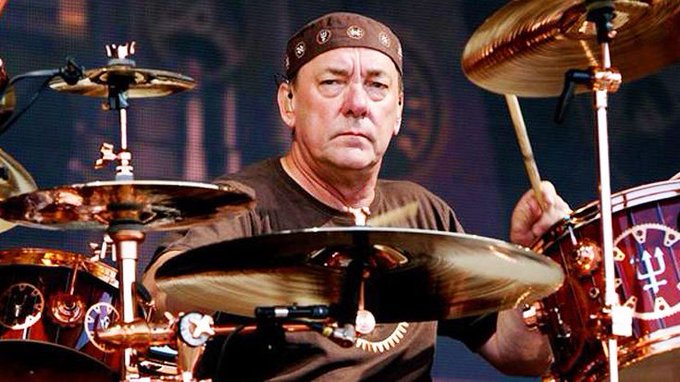 Really sorry to hear about Neil Peart’s passing. He was an amazing drummer and made a huge ccontribution to Rock music. All my best to Alex and Geddy.

My hero just died.
Neil Peart is no longer with us. He´s always been there, I quote him daily, I listen to him all the time and I think “What would Neil write” often. A true inspiration and someone I´ve looked up to like no other. Farewell my king.#rush #neilpeart

My prayers and condolences to the Peart Family, Fans and Friends. Neil was a kind soul. R.I.P……. Rush Drummer Neil Peart Dead at 67 – Rolling Stone https://www.rollingstone.com/music/music-news/neil-peart-rush-obituary-936221/ …

Neil Peart, the Hall of Fame drummer for Rush, has died at age 67 of brain cancer.

Sean Reinert, longtime drummer for progressive/technical metal pioneers CYNIC, has died. He was found unresponsive at his California home Friday night (January 24). No cause of death has yet been revealed. He was only 48 years old. [...]

WOW! Tool have conquered!   TOOL was honored with a Grammy in the “Best Metal Performance” category in the pre-telecast ceremony at the 62nd annual Grammy Awards. TOOL was nominated for “7empest”, a track from its 2019 [...]

TED NUGENT Defends Hunting: “Death By Arrow Is The Most Peaceful & Humane Death In Nature”

Legendary rocker Ted Nugent, who is also an avid hunter, took to his Facebook page last night (Thursday, January 23) to post a photo of him posing next to a whitetail deer that he had apparently just killed with a bow and arrow. [...]

The Mars Volta/Marilyn Manson, etc. bassist Juan Alderete has suffered what is being described as a traumatic brain injury following a solo bicycling accident.   That accident took place on January 13th, 2020 [...]

DAVE MUSTAINE Is Back, Better Than Ever After Kicking The Hell Outta Cancer

MEGADETH leader Dave Mustaine went through “tons” of chemotherapy and radiation treatments in his battle with throat cancer before returning “better than ever,” says his daughter.   [...]
Copyright © 2019 Metal Wani, All Rights Reserved.
Lovingly Crafted by LUBUS